US Paleontology Law and Agencies

Historical background of the U.S. Paleontological Resources Preservation Act of 2009

The Society of Vertebrate Paleontology (SVP) has a long history of commitment to protecting vertebrate fossils and other paleontological resources on public lands. In the United States, these efforts culminated with the passage of the Paleontological Resources Preservation Act (PRPA) in 2009.

The 1991 discovery of the Allosaurus specimen that became known as Big Al dramatically brought to SVP’s attention the need to protect valuable paleontological resources on federal lands. The case began when the Bureau of Land Management (BLM) discovered the illegal excavation of this specimen, the most complete Allosaurus specimen found to date. BLM contacted the Museum of the Rockies (MOR) in Montana, the University of Wyoming Geological Survey, and the Royal Tyrell Museum in Canada, and subsequent action saw the specimen excavated and reposited in the MOR.

In response, the Government Liaison Committee (now the Government Affairs Committee) began looking at the possibility of pursuing legislation during the 1991 Annual Meeting. Sen. Max Baucus (D-MT) introduced the Vertebrate Fossils Protection Act (S. 3107) in 1992, however no action was taken.

At the 1996 SVP Annual Meeting, discussions were held between professional paleontologists and commercial fossil dealers, and a verbal agreement was reached not to introduce legislation without further dialogue. However, in 1996, Rep. Tim Johnson (D-SD) introduced the Fossil Preservation Act of 1996 (H.R. 2943), which would have provided for commercial collection of vertebrate fossils on federal lands. SVP spent considerable time in opposing this legislation, and Congress took no action on it.

In 1999, the Department of the Interior (DOI) Appropriations Bill contained Report Language (S. Report 105-227) asking the DOI to prepare recommendations regarding the management of paleontological resources on federal lands including the feasibility of commercial collecting. SVP along with the paleontological community seized upon this as an opportunity to explain why commercial collecting on federal lands is inappropriate, and developed seven principles that later formed the foundation for the PRPA (May 2000 Report to Secretary of Interior, fossils on federal and Indian lands).

SVP members drafted model legislation and made several visits to Capitol Hill seeking a sponsor to introduce legislation based on this model bill. Rep. James McGovern (D-MA) agreed to sponsor the bill and SVP members consulted informally with agency contacts, McGovern’s staff and committee staff. SVP also formed a collaborative relationship with the National Parks Conservation Association, which proved valuable in identifying co-sponsors, and reaching a broader base of activists. In 2001, after 23 iterations, H.R. 2974 was introduced by Rep. McGovern, and Sen. Daniel Akaka (D-HI) subsequently introduced the companion bill S. 2727. S. 2727 was incorporated into the Omnibus Public Lands Bill, which passed the Senate by unanimous consent; however, no action was taken by the House.

Trying again in 2003, Sen. Akaka introduced his bill as S. 546, which was passed by the Senate. Rep. McGovern introduced H.R. 2416, which was referred to three subcommittees of the Natural Resources Committee. Although two of the subcommittees held a joint hearing, no action was taken. Subsequently, Sen. Akaka’s bill, S. 263, passed the Senate in 2005, but once again the House took no action.

SVP’s goals came very close to fruition in the following Congress, but ultimately fell short. Rep. McGovern’s bill H.R. 554 was reported favorably by the House Resources Committee; however, it stalled in other committees. On the Senate side Sen. Akaka’s S. 320 passed the Senate and was also incorporated into the Omnibus Lands bill of 2008. When Sen. Tom Coburn (R-OK) blocked over 40 public lands bills that year, it became clear to Congressional leadership that there was a need for a major push for public lands legislation.

When the next Congress went into session, there was a high priority placed on passing an omnibus public lands bill. After much complicated legislative maneuvering the Omnibus Public Lands Bill of 2009 (H.R. 146), inclusive of PRPA, was passed by Congress, and was signed into law by President Barack Obama on March 30, 2009. 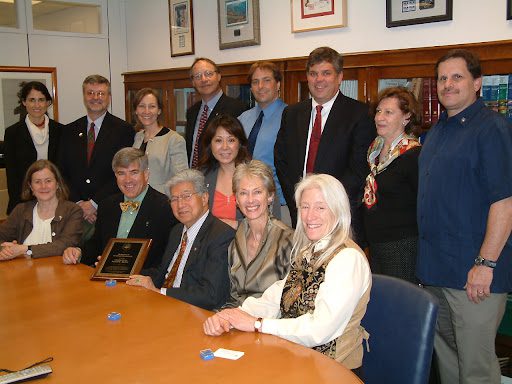 Department of the Interior

Congressional testimony from SVP on national monument cuts (Mar 13, 2019)
Video coverage of House Committee on Natural Resources hearing on impacts of the monument reductions (Mar 13, 2019)
On the sale of vertebrate fossils
On the use of United States Public Lands
Impact Mitigation Guidelines (1995, revised 2010)